As an Airbus Major Structures Repair Supplier, FEAM is proud to announce that its AOG On-Wing team has successfully performed a significant structure repair on a VIP ACJ320neo. This is in line with FEAM’s initiative to continue growing its Airbus family aircraft Airframe Repair, Line Maintenance and Technical Services capabilities.

Please join us at this years MRO Americas 2019 in Atlanta GA. 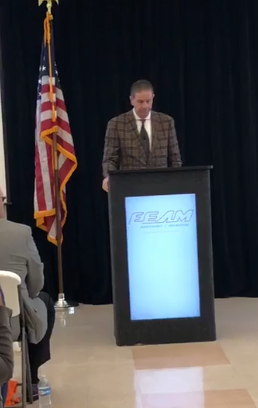 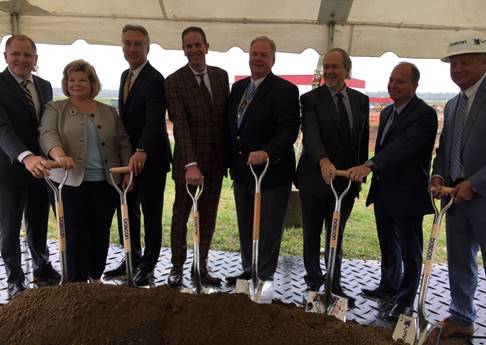 SR Technics, a world leading MRO service provider, and FEAM Maintenance/Engineering, a U.S. based MRO leader in aircraft line maintenance services, announced today that they have signed a memorandum of understanding (MoU) on joint initiatives aimed at adding value for the current and prospective customers of both companies.

In partnering with FEAM, SR Technics will expand its reach from multiple European locations to the U.S. market, where FEAM has numerous established aircraft maintenance stations. Conversely, FEAM will offer global solutions through its partnership with SR Technics.

“Partnering with a world-class MRO such as SR Technics will create new opportunities for FEAM and more importantly, for FEAM customers,” said Dan Allawat, Chief Operating Officer at FEAM. “We look forward to exploring areas of cooperation as a means to offer a broad spectrum of services to our collective airline clients.”

“As part of SR Technics’ growth objectives, this partnership will develop our service offering for our existing and future customers in the U.S.,” said Jakob Straub, Head of Aircraft Services and Line Maintenance at SR Technics. “Together with our strong partner, we will be able to seize on market opportunities to maximize our potential and expand our presence while ensuring reliability and fast turnaround times at attractive prices.”

“Being able to deploy our own training resources internally to the FEAM organization, as well as offering training solutions to a worldwide network of customers, creates immense value for FEAM and the aviation community at large,” says industry training veteran and FEAM Technical Training Director/Accountable Manager, David Taylor.

“I could not be more pleased with the announcement of these approvals from the EASA organization,” adds Fred Murphy, FEAM CEO & Founder. “FEAM Technical Training represents a natural evolution in our continued growth as a global maintenance, engineering, and services provider.” WOW air offers the lowest fares, a modern fleet with the lowest emissions and the biggest smile. As of spring 2018, the airline services 39 destinations across Europe, North America and Asia, including Dublin, London, Paris, Berlin, and Tel Aviv.

Established in November 2011 by Icelandic entrepreneur Skúli Mogensen, the purple airline flies with Airbus A320, Airbus A321 and Airbus A330 models. WOW air boasts one of the world’s youngest fleet, with an average aircraft age of just 2 years.

WOW air was ranked as the 7th best low-cost airline in Europe at the 2013, 2014 and 2015 Skytrax World Airline Awards and was the youngest airline in the top ten. “Wayne’s 30 plus years of proven technical expertise and industry knowledge will add significant value to all of FEAM’s domestic and international business partners,” said Dan Allawat, Chief Operating Officer. “Wayne’s talents as an engaging leader will be a perfect fit within our growing team of industry-leading aviation experts and professionals.”